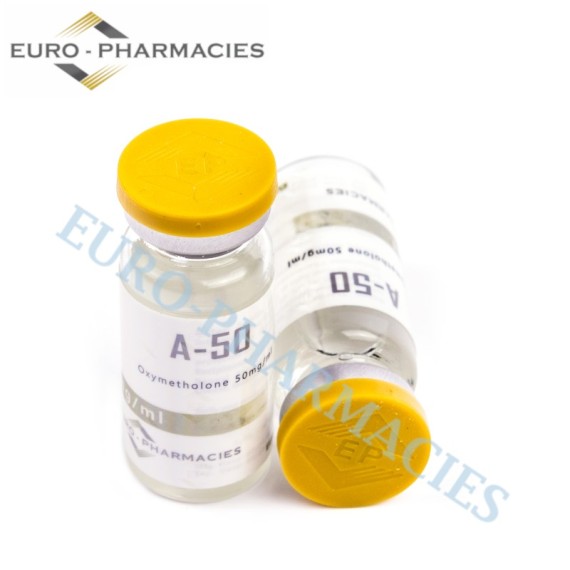 OXYMETHOLONE Drol 50mg/mL (Injectable PWO)
Oxymetholone (Drol) is known as a very potent AAS that can display significant increases with not only strength but an EXTREME noticeable change with muscle size/mass in a relatively short duration.
This oil injection has been compounded for the intent to offer users not only the convenience with by-passing the oral intake that at times can cause an uneasy feeling in the stomach/gastro region, hindering someone's appetite, this prolong sensation can protentional hinder gains due to lack of nutrient consumption. This injection form can also be used with other compounds in the same injection/site. (Example; Testosterone or blends)
This formula is extremely unique for many reasons; mostly due to its extremely popular method of use as a preworkout agent (PWO), displaying amazing increases with pumps, strength and size when administering 25-50mg 1.5-2h PWO IM. The results can be outstanding for almost any user.
With the oil injection version of Oxymetholone (Drol) it could help improve the appetite in some users by excluding the oral mobilization process that can off-set particular digestive enzymes. Therefore, administering even less dosages of the oil injection can prove to be more superior to original suggested and commonly known oral dosages ranging from 50-150mgs.
We should also note that Oxymetholone (Drol) will not aromatize, however this hormone can act slutty and has been known to act as an estro mimicker due to the structures appearing very similar causing cross-reactivity within the system or even at the estrogen receptor (ER) sites.
At the ER sites Drol "can" exhibit similar chit chat with E1/E2 estrogen receptors (ERα, ERβ, mERs (e.g., GPER, others), although that is NOT the intended target, biologically it can initiate similar chit chat that E1/E2 naturally is instructed to do. When people experience prolactin (gyno, glandular duct inflammation) it's plausible to the PR activation by way of ER's being fooled into a mimicking response.
This is rare, yet when there is an issue this is where way to often suspicion comes into play with the potential of a different host being the cause and effect.
Hormones can be weird with unintentional mimicking or simulating the hormonal structures or even activation's of other hormones, much like cross-reactivity with Trenbolone being recognized as estradiol on blood work.
The use of an Aromatase Inhibitor (AI) will not be necessary for users, although having a SERM such as Tamoxifen on hand would be advisable, yet it may not be necessary to use inthe sake of being pro-active. Only use if you notice estro like symtoms with gyno, glandular duct inflammation.
Why should Oxymetholone (Drol) be used for a PWO?
Drol is favored by many because it promotes protein synthesis leading to muscle hypertryophy & muscle hyperplasia, also as a PWO it will induce Sarcoplasmic hypertrophy into the muscle belly, this occurs when the volume of fluid in your muscle cells increase, giving a full look, THE PUMP!
Dosages should range from 25-100mg ED..
It's suggested to start low mainly due to increase in pumps that can result in debilitating pain hindering your workout, yes, the pumps can exasperated themselves in this fashion.