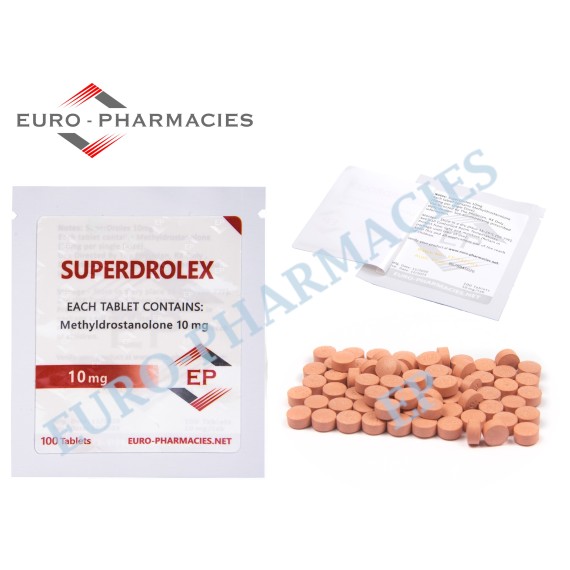 Methasterone, also known as 2α,17α-dimethyl-5α-dihydrotestosterone (2α,17α-dimethyl-DHT) or as 2α,17α-dimethyl-5α-androstan-17β-ol-3-one, is a synthetic androstane steroid and a 17α-alkylated derivative of DHT.
This compound was originally synthesized and reconized in 1956 by a research company known as "Syntex Corporation"..Having no real medical use it failed to make any real statements in medical trials/literature..It later arrived on the scene as a designer steroid in 2005, thus it's newly decorated name "Super-Drol", this name was provided by the it's fathered compounding company "Anabolic Extreme"..

Methasterone has a superior reputation as one of the most used AAS orals as of the past decade, with reports of modest to extreme lean gains in almost record braking time..In fact, it's highly effective for promoting extremely fast muscle growth while staying lean and dry..It's trade name derived from the remarkable similarities that it shares with Anadrol. Users emphasize that it can be equally or if not stronger than Anadrol, dubbing the name "super-drol"..

Super-drol gains: Depending on the users level of fitness and goals, 10mg seems to be the starting point for most while achieving dry lean gains, some users will increase the dosage in 10mg increments weekly until capping off at 30-40mgs..Dosages that high can be seen as rather extreme, while most advocate steady, lean mass with a modest dosages of 20mg ED for 4-5 weeks.

Super-drol is commonly used during a lean mass or cutting phase, due to a unique property that is possess, that is no estrogenic effects , thus no need to stress water retention like it's counter part ANADROL.
However extreme caution should be noted in regards to liver Hepatotoxicty , like all C17-aa anabolic steroids, is hepatotoxic and can potentially stress and damage the liver. However, this is not to be stressed as the appropriate precautions can assure a safe and effective cycle with Super-drol..Liver support supplements should be incorporated, or even TAD-600 (glutathione)

Users should not stack other orals with Super-drol, and alcohol consumption should be nil to nothing..

Take home notes: Super-Drol will enhance almost any athletes physique and performance with exceptional gains, Super-Drol is suppressive so the use of Testosterone and/or a PCT protocol will be necessary..If any user essentially commits themselves to a proper structured diet, intense workout regimen with adequate rest/recovery, one can expect drastic changes in his appearance in what seems to be record braking time.

11 other products in the same category: