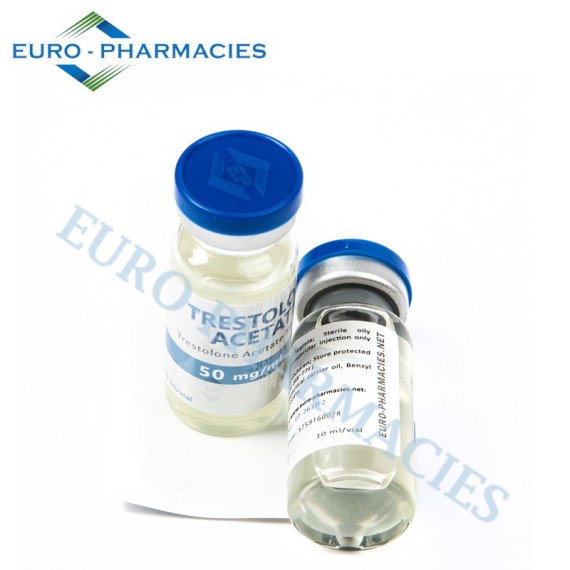 Notify me when available
Rating


Description:
Trestolone Ace (Methylnortestosterone Acetate or MENT), is an oral differential of the steroid Nandrolone (Deca)
Trestolone was originally made for androgen substitution, yet it encompasses an immense amount of treatment applications.
In bodybuilding it is a synthetic steroid used that is considered highly powerful , & it exceeds the strength of testosterone. It is considered beneficial for the purpose of bodybuilding & strength training. It is acknowledged for its quick & effective results for the BB who is looking for fast strength improvement & is serious about increased mass in a short time.
Medical applications include: Testicular Failure, Contraception Therapies, Bone Mass Loss, Benign Prostatic Hyperplasia , Prostate Cancer, Cachexia (know as a muscle wasting syndrome), Primary Hypogonadism, Anabolic Steroid Induced Hypogonadism , Baldness, & Sarcopenia.
Information:
Trestolone Ace will be found in an oral, injectable, implantation, & transdermal form, but it is not yet available as a prescription drug.
Trestolone Ace is a versatile steroid that should be cycled with a testosterone of any ester (such as Enathate, Cyp, or Prop). Trestolone cutting cycles can incorporate any of the traditional definition compounds such as, but not limited to: Var, Primo, T-bol, & Winny.
When combined with a mass building cycle, which should most always be Test based, some of the sterods that stack well including, but not limited to: Dbol, Halo, EQ, Tren (either acetate or enanthate), & Drol (A-bombs) (not recommended stack with Deca as it is a similar but more powerful compound).
The uses of of Trestolone Ace are essentially that of a stronger version of Deca, however it has a much shorter half-life. It's hypertrophic abilities are seen to be stronger than both Testosterone & Trenbolone.
Side Effects:
It Aromatizes more like a testosterone than a nandrolone. Thus, the side effects of Trestolone could easily be compared to Test Prop (such as possible male patterned baldnes, gyno, some water retention, etc)
Effective dose:


Trestolone Acetate has a minimum dosage of 10mg/day & as high of a dose as 50mg/day.

I really can not stand to do daily injections so I usually stay far away from ACE products. If you've been thinking about trying ( MENT ) and I finally did. don't wait like I have. Buy yourself 10 vials and thank me later. From my personal experience I am using 4ml EOD. MENT chills me out and gives me a feeling of well being. It is injected so very easily and no pip. For myself I have zero sides. No heart palpitations, no anxiety, no anger. I feel amazing and the size, fullness and over all body has drastically changed in three weeks. I am using, 2 grams of Cypionate weekly, 1gram of DECA and 600mg of MENT weekly. I will be increasing MENT to 2grams and 3 grams of Cypionate next cycle with no DECA. all I have to say us WOW!