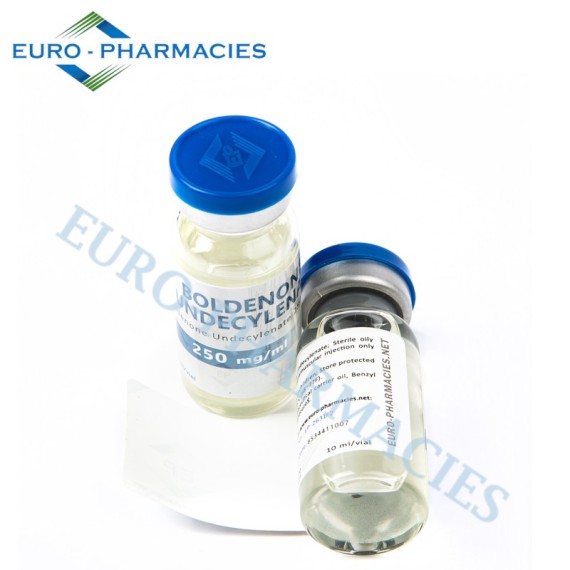 History:  Since its introduction to the market, Boldenone has been produced under various brand names, such as Ganabol, Equigan, and Ultragan, although Equipoise (EQ, for short) is by far the most well known.  Today, the name Equipoise has become so closely associated with the steroid Boldenone, that the two are often used interchangeably…much in the same way that Methandrostenolone is commonly referred to as Dianabol.  Originating from the root-word equine (meaning “horse”), this veterinary preparation was a heavy hitter in the horse racing industry for years and was at least partially responsible for more than one championship title.  By the 1980’s, Boldenone’s diversion into the BB’ing community had become commonplace and it is even rumored that it was a favorite of Lee Haney back in his Mr. Olympia days.  No doubt, this led others to take an interest in the drug and unto this day, it remains a staple in the medicine cabinets of BB’rs everywhere.

Drug Class:  Boldenone is a testosterone derivative, belonging to the testosterone-family of steroids.

Primary Use:  On paper, there doesn’t appear to be anything special about Boldenone.  Here are some basic facts:  It is a non-progestagenic, non-methylated 1-dehydro derivative of testosterone, so it lacks the liver toxic effects associated with most oral steroids. It possesses an A:A ratio of 100:50 (anabolic/androgenic), making it roughly half as androgenic as testosterone and equally anabolic when compared on a mg to mg basis.  Boldenone displays a weaker binding affinity for the androgen receptor than testosterone, yet it is less prone to attach to sex hormone binding globulin, which likely helps to balance out its myotropic effects.  One interesting characteristic of Boldenone which bears mentioning is the discrepancy between its proposed rate of aromatization and its propensity to initiate estrogenic side effects.  Boldenone is said to aromatize at about 50% the rate of testosterone, which should make it a fairly estrogenic drug, prone to causing estrogenic side effects such as gynecomastia and water retention, especially at higher dosages.  However, real-world experience has shown us that EQ is very unlikely to propagate serious estrogenic side effects, even when administered at high dosages.  Why?  One explanation is found in the drug’s metabolism.  Specifically, Boldenone metabolizes to an anti-aromatase inhibitor known as 1,4 dienedone.  This could certainly explain why Boldenone, despite it relatively high rate of aromatization, does not deliver anywhere near the estrogenic punch that its aromatization rate implies.  One highly prized trait of EQ, which has been established as a long-held belief for decades now, is its ability to increase vascularity to a greater degree than other androgens.  While science has not yet found any mechanism by which Boldenone might accomplish this more proficiently than other AAS, real-world experience appears to confirm this.  In light of the vascularity claim, this is an ideal time to discuss another one of Boldenone’s unique, yet scientifically unproven characteristics…increased appetite.  Once again, we can find no legitimate mechanism by which Boldenone might accomplish this feat, but many users have sworn that this “side effect” is a reality.  As expected, Boldenone is known to provide lean, hard, water-free increases in muscle tissue.  However, it is not generally recognized as a very potent muscle-builder (mg per mg), but has often been used as an “add-on” or secondary steroid, in order to further increase one’s results without a commensurate increase in side effects.  Boldenone is a steroid which needs to be dosed higher than other AAS if one wishes to take advantage of its full capabilities.  400-600 mg per week just isn’t going to cut it if one wants to experience everything this drug has to offer.  When dosed in the 1,000+ mg per week range, Boldenone becomes a pretty good muscle builder, packing on genuine muscle fiber much more quickly than at lower dosing ranges.

Standard Dosing Range and Cycle Length:  Boldenone is most commonly dosed at between 400-2,000 mg’s per week for a period of 12-16 weeks.