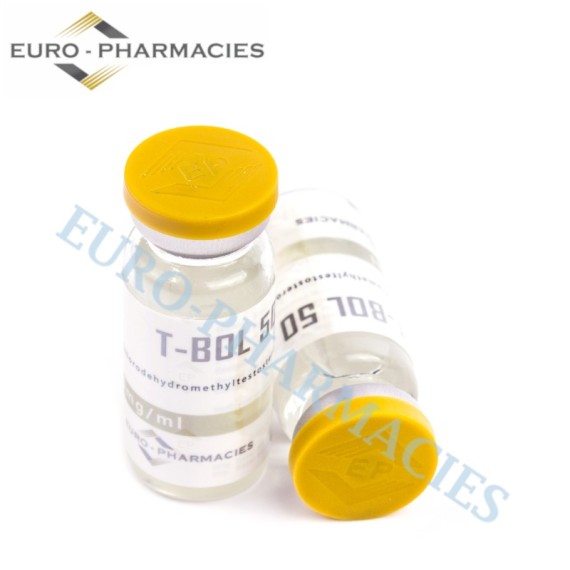 Inject Turinabol By Euro-Pharmacies
What we have here is a compound that historically has made champions around the world, known as the the cold war gold medal maker. When nations where secretly building missile silos, the Germans where to busy engineering with their well-known innovation and game changing concepts, outpacing the world while finding ways to build the resumes with their athlete's. They achieved this with much successes.
Their secrete was this famous compound known today as Tbol, which has helped athletes alike climb the ranks getting a page in the book of victories and for some, it has came at the expense of getting stripped of their titles, or worst, banned from competition indefinitely.
Turinabol is an anabolic steroid that has been mostly recognized by it oral form, either in a pressed tablets/caplet, or powdered capsules..
It can also be found in the form of being suspended in a alcohol base liquid dropper preparation, All of these oral solutions and tablets contains Chlorodehydromethyltestosterone, which is a chlor-substituted variant of Methandrostenolone.
The oral version is extremely popular due too its convenience and availability, however it's also worth mentioning that it can be found in the alcohol base solution as well, this is a cheap and inexperience method with marketing the product with little to no efforts applied with compounding. The irony is that the cheapest method may actually come at a price with quality and reliably due to the settlement and separation of the hormone falling out of suspension becoming inconsistent of the targeting dose this could varying upon each administration, where the user is depending on mixing and shaking the product in order to achieve the desired dosage..
Tbol - Turinabol has proven to be most effect when compounded in a oil base carrier for IM (intramuscular preparation). One of the most unique properties of this very underrated anabolic steroid is that it has a sufficient anabolic signature with a reduced androgenic expression, this ratio can be rather pleasing with rewards.
This provides the user with some advantages which in most cases unbeknownst to them Tbol has a few off label properties.
Lets talk about this "sufficient" expression. Tbol, has many signature traits that are often overlooked or not even considered all the while sitting in a class of its own. You read that correctly, Turinabol has its own classification of being one of a kind.
Turinabol has been living in the shadow of Dianabol (Dbol) often being compared hence it is a derivative when in fact they are not even close to being comparable, let alone being mentioned in the same sentence. The expression with it being described as Dbol without the bloat, is most certainly a false equivalency and misleading at best.
Unlike Dianabol that is a hormone which is known to aromatize quite easily with many unpredictability's and lack of stability partially due to its extremely short half-life at 3-5 hours, while hosting increased estrogen levels, increased water retention as the cliche' is said: "The list goes on"..
Lets not take Dbol out of the spot-light that it deserves, yet lets set Tbol free from the shadow that is casted upon it.
Turinabol actually fits on the canvas with an almost perfect depiction of its characteristics and what the user can expected with certitude.
The gold metal maker just got made better..
Here is a NEW improved formula produced by Euro-Pharmacies
Injectable Turinabol - Inject TBOL by EP offers immediate bioavailability at almost 100% achieving full blood serum levels that become active in just a short duration after administration, lasting nearly 24+ hours, with a respectable half-life of 16 hours. Direct IM administration of Tbol is substantially more potent with notable effects over the original oral version of this steroid.
What to expect with this oily hormone preparation:
Turinabol is one of the most under-rated and misunderstood steroids on the market. It has multi-functionalities that may assist with all sorts of goals, for combative athletes, powerlifters and others that wish to stay in a particular weight bracket, regardless of the physical performances, strenuous activity, sport or level of fitness including body-building. Tbol can truly exhibit growth properties.
Even if someone is looking to increase muscle density, strength, more raw out-put with a considerable presentation with endurance, tbol could be the added advantage they were looking for.
Tbol would could help promote a perfect anabolic environment with exceptional returns that will not disappoint.
Its ability to lower SHBG while freeing up bound testosterone makes it a flattering addition to just about any steroid cycle or TRT/cruise protocol..
Turinabol stacks exceptionally well with Testosterone, nandrolone Decanoate, Trenbolone and even Anavar..
Half-life: 16 hours
Dosage: 10-100mgs daily
Cycle length: Varies (4 weeks or up to 3 months)
Anabolic ratio: 100
Androgenic ratio: Slight androgenic properties have been reported in some users