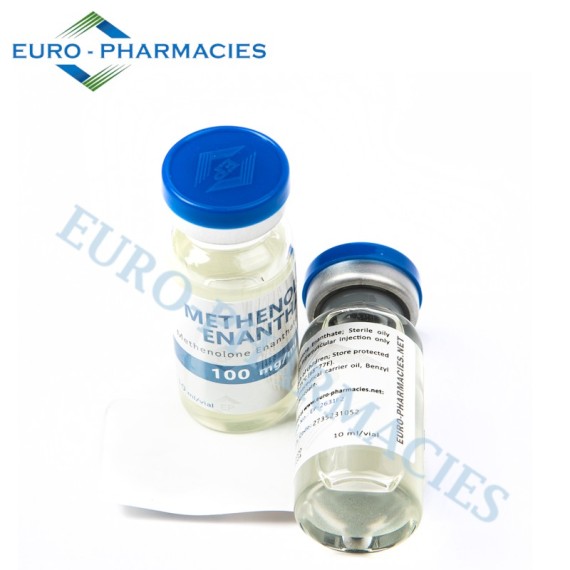 This product is no longer in stock

History:  Said to be a favorite of Arnold Schwarzenegger, Primobolan is an extravagant German-made steroid which rose to popularity in the 70’s.  Since then, it has been prized as one of the most effective pre-contest drugs by BB’rs all over the world, although its high cost combined with an above average incidence of fakes, has greatly diminished its use.  With pharmaceutical preparations commanding an excessively high price tag, the UGL market is the only reasonable alternative for most.  Fortunately, thanks to the expansion of the UGL market over the last decade, availability is currently higher than ever.

Method of Administration:  Primo can be administered in both injectable and oral form.

Steroid Class:   Methenolone is a DHT derivative, belonging to the DHT-family of steroids.

Primary Use:  Primo is not a steroid one would use when attempting to pack on the pounds.  Rather, it is used for improving the quality of one’s musculature, which it accomplishes by increasing both muscle hardness and reducing subcutaneous water retention.  Primo also stacks well with most aromatizable drugs, as its mild anti-estrogenic component helps in mitigating estrogenic side effects.  It is properly regarded as being one of the safer steroids of the bunch, having a lesser impact on cardiovascular function, the liver, kidneys, prostate, etc.  Possessing SARM-like traits, Primo is a weak androgen and completely absent of all estrogenic activity.  This makes it an ideal choice for those desiring a relatively pure muscle-building effect, with cosmetic side effects rarely manifesting at normal dosages.  The number of potential applications for which Primo is well-suited are numerous, as it can be safely and effectively stacked with just about anything.

Standard Dosing Range and Cycle Length:  Primobolan is commonly dosed between 500-1,000 mg per week for a period of 8-16 weeks.

Frequency of Administration:  When injected, primo is normally administered every other day to 2X per week.  With oral use, it is typically administered between 2-3X per day in equally divided doses.