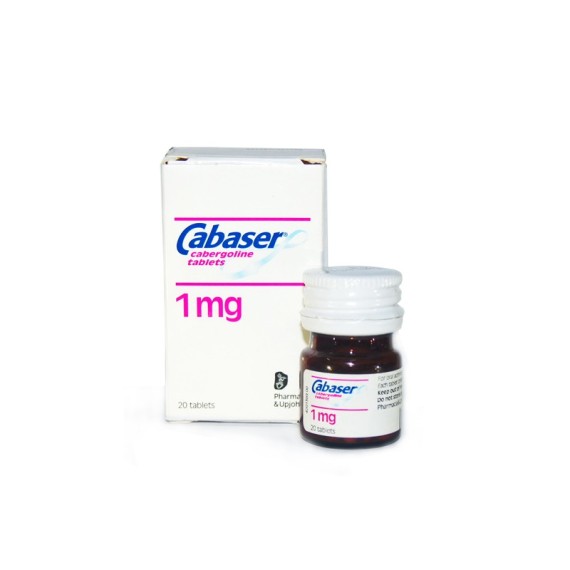 Cabergoline is a dopamine agonist created to cut down prolactin. It is also used by athletes who supplement w/ AAS that may increase prolactin levels such as Deca & Tren.
Cabergoline, most commonly known as the brand Dostinex or Caber in the BB community, It was developed in 1981. As a dopamine agonist, Caber directly relates w/ the long acting D2 receptor thereby suppressing the secretion of prolactin in the body & in turn lowers serum prolactin levels. As a dopamine agnonist, Caber is used to treat Parkinson’s disease, Cushing’s disease, & hyperprolactinaemia ( high levels of prolactin in the blood), .
Caber’s direct role is in that it inhibits prolactin secretion in the pituitary. It genuinely is a simple drug & what is more simple, is that Caber was discovered almost accidently during experiments (as were many steroids & even penicillin)

Positive effects of Caber are abundant for both medical & athlete purposes, as well as those of a sexual nature. Certain steroids can raise prolactin levels significantly in the body. Raised prolactin levels can lead to gynecomastia (gyno) in people who easily get gyno . Yet, more common is extra prolactin levels lowering the individual’s libido & even more commonly resulting in erectile dysfunction. The ED issues that surround prolactin normally revolve around the anabolic steroid hormones Tren & Deca. Deca is the prolactin related ED that has lead to the very common phrase ‘Deca Dick’ & is the reason many stay away from Deca. If the person could limit, or even cut down prolactin levels he can avoid the fearsome ‘Deca Dick’ & Caber is frequently the perfect solution for this.
Athletes also decide to use Caber due to a sensed adrenaline rush caused by an addition of dopamine. Although data is inconclusive on this, many athletes swear by it. The rush can also help w/ memory & the person's ability to push through training w/o getting tired as fast. Some also report that the utilization of Caber helps them stick to their diet as the cravings for junk food is reduced as they remain w/ a gratifying feeling due to the increased levels of dopamine in the body.

Side Effects of Cabergoline:

Most common side effects of Caber is nausea & stomach cramps. Stomach issues are normally associated w/ taking too much Caber & can be avoided by correctly dosing & taking it w/ food. Other possible sides of Caber mostly surround lowering prolactin too much as we do need some prolactin in our bodies. No different than when taking an Aromatase Inhibitor (AI) to reduce estrogen, too little estrogen due to too much AI can lead to numerous other symptoms. Reduced levels of prolactin at a intense rate can lead to sexual dysfunction, such as ED or the inability to have an orgasm. In both sexes it may result in depression & anxiety.
Cabergoline Dosage:

Caber is usually found in oral tablets, but may also be found in an oral liquid form. Most people will find that 0.25mg taken two times a week to be all the Caber needed w/ 1mg twice per week being the max. While 1mg twice per week may not sound like much, it is truly a large dose & far more than most people will need. If 0.25mg twice per week does not fulfill it's purpose for you individually, there are other areas in your life that need to be analyzed. The best time to take Caber is w/ Dinner.

1 other product in the same category: