> When is the Right Time for Insulin in your Program?
LIVE SUPPORT 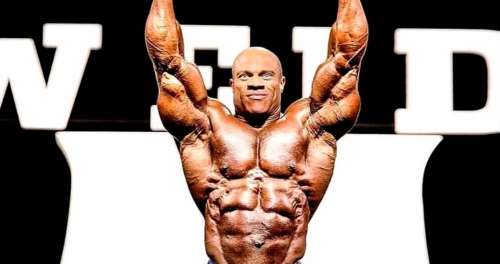 When is the Right Time for Insulin in your Program?

When is the Right Time for Insulin in your Program?

Insulin is a game changing hormone. Rookies and even advanced bodybuilders are apt to use it, but there are a lot of fears surrounding this incredibly powerful hormone. So, let’s explore more into insulin and figure out if and when you should include it into your program.

First, understand that this hormone is secreted by the pancreas, and has a significant role in the regulation of fat and carbohydrates metabolism.. Insulin enhances the uptake of glucose into skeletal muscle, liver, and fat tissue.

Although it is commonly thought that insulin is just a fat storage hormone or anti-catabolic hormone (both accurate), this is an overly simplistic view. Insulin also plays an important role in reducing appetite.

In addition without insulin, a lot of the processes that occur in the body. will go unregulated. For instance, breakdown of muscle protein will accelerate via a process known as proteolysis. The elevated protein in the blood is then converted to glucose, a process known as gluconeogenesis, and the end result is hyperglycemia. Lipolysis (the breakdown of fat) will also go unabated resulting in excess ketones with the end result being ketoacidosis, which can be fatal if left unchecked.

So, insulin's primary role is that of a regulator, not a fat storage or anti-catabolic hormone. In addition, insulin isn't really needed to transport glucose to tissues. Studies have shown that insulin actually enhances glucose uptake into cells via the transporter GLUT4. Thus, even without insulin, glucose can still get to tissues.

Most people know how important carbohydrate. (glycogen/glucose) is to performance in the gym and overall health. Insulin sensitivity is high following exercise but GLUT4 is the major transporter responsible for exercise-induced glucose transport. As well, training is the most potent stimulus to increase skeletal muscle GLUT4 expression (turning it on).

This plays a role in insulin action and muscle glycogen storage after exercise. Furthermore, the longer you go after exercise, the more this effect decreases. This means it is probably a good idea to consume the bulk of your carbohydrates shortly after your workout. The advantage is that most of the calories. consumed shortly after are partitioned favorably toward skeletal muscle, which in turn facilitates better adaptation from training. However, it does not mean you will lose muscle mass if you don’t. After all, total calories. at the end of the day still takes priority over timing of nutrients. How that you understand what it is and why it’s important we need to consider something important. If you are beginner in the performance enhancing supplementation aspect of the sport (or any for that matter), STAY AWAY FROM INSULIN! If you don’t know how to use it correctly you can die! This is no joke for the least bit, and should be taken very seriously, more than any other PED out there. I mean, it’s hard to really mess up using it, but if you do - you’re looking at possibly serious death within hours of usage.

It’s simple, to get bigger, fuller, harder. Insulin will DRIVE glycogen and nutrients directly into the muscle and producing more muscle gains. It’s that simple. If you do it correctly, the results can be amazing, as insulin is the most anabolic agent available…nothing compares, especially when you pair it with HGH (human growth hormone) and anabolic steroids (AAS).

The first error many do is taking the wrong dosage. I tell someone to take 5 units, that dose not mean 5cc on a regular syringe. That also does not mean 5iu on an insulin needle. If you would do the 5cc, you would be 100% dead within minutes, hell even doing the 5iu will cause some problems if you aren’t prepared on-hand for it. 5 units is just 5 little tiny markers on the syringe. This stuff is very powerful shit, and it doesn’t take much at all to get what you need.

Another way to jack up the usage of insulin is what food you take. Every UNIT you inject, you must take in 5-10g of carbohydrates. I always tell first timers to use the max carb amount per unit, 10grams per unit, to be safe until you learn your body and how it reacts to your body. Then make sure to, depending on what insulin you use, to have clean whole food meals every 60-90 minutes after usage. This is where people can miss their mark.

The first type of insulin, and the one most commonly used is HUMULIN-R. Humulin R can be purchased from a pharmacy without a prescription. That’s right, anyone off the street can walk into a CVS pharmacy and buy Humulin-R.

This is an insulin with a 30 min. – 1-hour onset, a 2-5-hour peak, and a 5-8-hour duration. This makes it a little more unpredictable than a faster insulin, because there is a much larger gap as to when it can peak. You could eat a meal with adequate carbs and then 3 hours later you’re feeling hypo and you better get more in you. But for purchasing/legality issues this is what most guys use.

This is an insulin I would not recommend using more than 1 time/day. I’d use it post workout and make damn good and sure you’re not using it within 4-5 hours of bedtime. You want to be awake with this stuff, so you can deal with any issues that are coming on from it.

The next type of insulin we will talk about is HUMALOG. This is a faster acting insulin with a 15-minute onset, 30-90-minute peak, and 3-5-hour duration. This is an insulin that you can shoot more than once a day. Two to three times a day injections are fine, but you need to be cautious of insulin stacking.

“Stacking” is when you take an injection, then take another injection say 3-4 hours later, and even though you measured out x number of units, it was really like x+3 units because there was some residual left from your last shot. What can happen is you misjudge your carb intake and you think you had adequate carbs, but you really fell short and can start getting hypo (dangerously low blood sugar).

I would recommend using Humalog or NovoLog over Humulin R, it’s a faster onset, peak, and a shorter duration. You can know what to expect from it a little easier than Humulin R. Also, being able to use it 2-3 times/day will keep you more anabolic and provide better gains.

I would highly advise against using insulin while strictly dieting. You just put yourself in a very dangerous state with lower nutrients and calories on insulin. Not to mention, it is easier to put on body fat with insulin if you’re not careful. I just don’t see the benefit of using it while cutting bodyfat.

While using insulin, every few hours you should have a protein/carb source. We are not doing anything like intermittent fasting, or carb backloading here. You will feed your body on a regular basis throughout the day!!! Post injection of insulin should be 10 grams carbs per every unit of insulin!!! WITHIN 15 MINUTES OF SHOT!!! And remember, with HUMULIN-R, another meal with 40-60 grams carbs, 40-60 grams protein, and SOME healthy fats should be eaten 60-90 minutes from that!!!

Always be near sugar and food. Actually, make sure it’s on you!! If you start feeling sweaty, irritable, having cold sweats, dizzy, shaky, hungry, thirsty, just know you’re probably going hypoglycemic and you better eat some simple sugars pretty freaking fast!!! I suggest taking no more than 4-6 weeks ON! After that you are risking turning into a diabetic or getting your body dependent on injecting insulin daily. So, to be safe, only 4-6 weeks on, then take that same amount of time OFF at the least! And lastly, only take HUMALOG or HUMALIN-R on your training days.