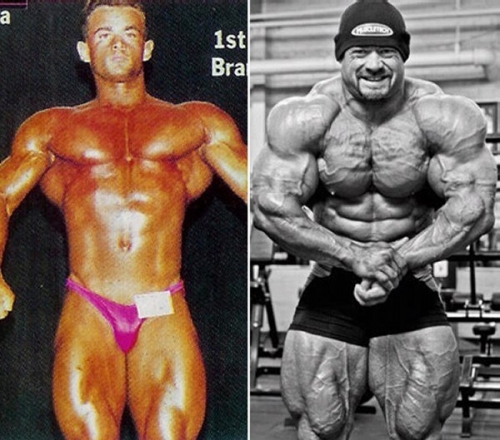 The Best Way to Cycle Sustanon

The Best Way to Cycle Sustanon

Sustanon has been a mainstay in most bodybuilder’s lives since the very beginning of their steroid use. It’s as ubiquitous as Deca or Dbol, but is it a drug that really should be used? And if ou’re going to use it have you been going about it all wrong?

Sustanon was originally designed and formulated by Organon as a timed-release compound used for androgen replacement for hypogonadic males, HRT, and all the other uses where androgens are indicated. The difference being that Sustanon (sustained release) was designed to be administered once per month. By combining multiple esters in such a way, starting with shorter chain molecules (propionate) and progressing to longer ones (decanoate), you can design a formula that takes effect almost immediately and releases its payload (testosterone) over a length of time.

So let's look at the esters in Sustanon. Would anyone consider stacking two forms of esterified test in a single cycle? For example, would you combine propionate and enanthate? If so, how would you do it? Would you take 30mg or propionate every other day or twice a week along with 100mg of enanthate at the same time? Of course not! Well not only are you doing that with Sust, but with FOUR esters, not just two. Testosterone is testosterone whether your body cleaves it from a short molecule or a long molecule. Many people still think that these different esters of the same organic compound are somehow different or "synergistic". That's almost like saying the caffeine in coffee is different than the caffeine in Pepsi. And if you stack coffee and Pepsi you’ll have a more pronounced effect or synergistic effect. There is a difference, but in only one regard and that is that you will get more raw test mg/mg with shorter esters than longer ones. The reason for this is simple. The larger the molecule, the more carbons are added which increases the total weight of the molecule. In short, more of the molecule's weight is taken up by carbon and not testosterone. The additional carbon and occasionally oxygen atoms also increase the compound’s solubility and half-life, but that is beyond this article. So, what esters are we dealing with in Sustanon?

I decided to experiment with Sustanon after receiving a fairly large quantity. Even though I had plenty, I was still thinking greedily and wanted to get the most out of my testosterone dollar. I started with the twice-a-week approach. A month later, I had no gains, a bad flu, and had used almost 20 amps (1ml) at 250mg/ml. I wanted to know what had gone wrong. It didn’t take long to figure out. During the first week, all that had taken effect was the prop and phenylprop. And 120mg total (out of 500mg) is all that my system saw. That’s about enough to suppress the axis, but that’s it. The second week, probably not much different and had used 4 amps (1000mg). By the third week I had the flu. Not exactly a surprise with all the HPTA suppression and unstable test levels. Most people have heard of the sust flu? Well, there you go. I was beginning to plan a PCT regimen when it dawned on me? I’m not getting enough stable, high levels of testosterone! So, not long after that I moved everything to the all too common every-other-day (EOD) approach. Don’t get me wrong, I started noticing results, but then again, who wouldn't? This is a shotgun approach! If you had propionate and enanthate would you just keep dosing until something worked? No. You wouldn't. The idea there is to just keep shooting the stuff and "one of them esters" will eventually work. Personally, I don't like this approach. I think we can do much better. So, how well did it work? I'd have 3 good days, followed by 3 bad days. I was emotional. I wanted to sleep all the time. I had a runny nose. Two different blood tests during this time proved that I had almost twice the free test in my system as the blood test a week later. By this point, my great buy was turning into a great waste. I took 2 months off, did a fairly aggressive PCT and started planning my next cycle.

Here is where it seemed to all come together. I decided to try taking Sustanon as Organon intended, but in bodybuilder amounts. This meant using it less frequently, but using larger doses. Using it as a SUSTained-release product. Again, being greedy like I am, I didn’t want to waste the propionate in the Sust, so I scheduled the entire cycle dosage amounts based on what I would take if I was doing a propionate-only cycle. This meant 4 amps or 1000mgs. That gave me a starting dose of 120mg propionate (30mg x 4) and instead of taking the next dose of propionate, I knew I could just relax knowing that as the propionate fell off, the phenylpropionate would begin and as the phenylpropionate fell off, the isocaproate would begin, etc, etc. This worked phenomenal and I began the cycle figuring on every two weeks (one decanoate half-life). In reality, I played with this until I found a sweet spot of 8 days (approx. half of a half life). This gave me testosterone levels that remained stable throughout the cycle and at levels that were good for the results I wanted. You may need to adjust this time period to suit your physiology.

If I were to ever use Sustanon in a cycle again, which I doubt since there are less expensive, more stable compounds available, I would use it as intended in bodybuilder amounts. I would do 1000-1500mg once every 8 days. This would allow for it to take immediate effect and with a few additional amps of propionate, you could use it with predictable stability right up until a few days before starting PCT. This dosing regimen, in my opinion, combined with equipoise or nandrolone would be a very productive cycle. Given the choice, I would still stick with enanthate. The injections are usually painless, the stability is high, the half-life is fairly long. If you don't mind EOD injects then prop or phenylprop would also be better choices than Sustanon in my opinion. Especially phenylprop – which is available now at PSL!