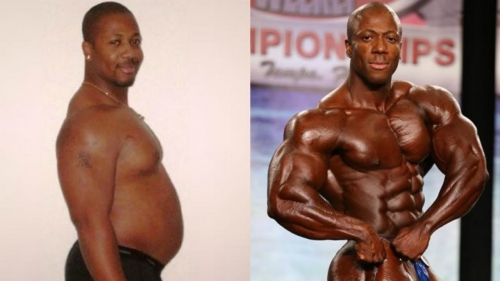 The Mr. Olympia competition has once again come and gone and this year we saw a major upset with Shawn Rhoden taking down the most genetically gifted bodybuilder of all-time in Phil Heath. It’s never easy to take down a defending champion, much less one with the physique as marvelous as Heath. It would take something special, a flawless bodybuilder that matched superb conditioning with perfect lines and confident posing. There could be no mistakes for an upset to occur. And for your 7x defending champion, we’ll dissect and see where The Gift might have taken a wrong turn.

Most might have thought it was going to take a mountain of a man in Big Ramy to dethrone Heath, but instead it was aesthetics and structure that beat aesthetics and structure. Truly the impossible was accomplished. But let’s get real for a minute – The Steroid Guru – is here to review what the real story was all about…the drug cycles of these behemoths. What did Phil take? What did Rhoden take? I think I have the answers.

Mr. Olympia Shawn Rhoden is a hyper-responder to PED’s like no other athlete I’ve come across. Let’s not forget his transformation less than a decade ago after his hiatus from the sport. He hasn’t abused his body to the level that many professional bodybuilders routinely do. His waist is something to admire. It’s not one found on most bodybuilders of his level. No sign of bloat, distention, or severe roundness. In fact, I’ve been told it’s measured below 30 inches. So, what was he using this year compared to other years?

With the level of hardness and extreme dryness brought to the Olympia I suspect Rhoden stacked numerous amounts of DHT compounds. Masteron, Anavar, Masteron, and Halo. What you might find surprising are the doses I would recommend:

And then what about the final 4 weeks? At this stage, the pictures started to surface and he looked dry as a bone. It’s more about what he wasn’t doing than what he was. Compounds you’d normally keep in the equation I suspect he was not. For example, an extreme amount of Trenbolone and Testosterone. Many athletes will ride those compounds hard and heavy as the diet gets tougher. But truly, low dose at this stage of prep is all that’s needed. Going too extreme can create a bloated look which is counterintuitive when using those steroids.

Diuretics, peaking, general physical preparedness and meal discipline were ultimately the key definers in his Olympia winning caliber physique. He beat a man who has seemingly lost control of his physique. His waist appeared wider than normal, his relaxed belly showed distention, and mostly he appeared tired. All signs of pushing the envelope too hard in prep. If I were running Heath’s program I would suggest a year off from heavy gear usage and give himself somewhat of a reset. This could help mitigate the structural damage he’s done from overdoing IGF-1, GH, and Insulin.

These of course are my observations from the upper deck.