> How To Use Metformin for Bodybuilding

Tried PSL recently after seeing them all over the forums. I have nothing but good things to say. Eve ...
08-05-2020
Post By Jeremy 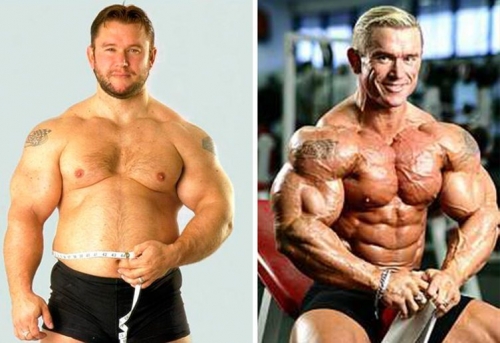 How To Use Metformin for Bodybuilding

How To Use Metformin for Bodybuilding

Let me make a few things known from the beginning. Metformin will not cure all of your worries and allow you to eat like the true fat ass you’ve always dreamt of being. It is not the fat loss pill you have been searching for. You’re a bodybuilder and discipline is your one true master. The grind of eating the same foods, powering through cardio, and pushing past rep barriers you otherwise thought impossible is what you live for. Metformin is just another useful tool in your toolbox to help separate you from the pack of fatties that layer the outer crust of the Earth.

Metformin is a widespread type II diabetes drug used by those who have diabetes or are at risk of suffering from this condition, such as obese patients. It also helps reduce low density lipoprotein (LDL) cholesterol and suppresses glucose production in the liver. One of the ways Metformin prevents diabetes is by up-regulating insulin receptors, which become less responsive over time. This means that metformin refreshes insulin receptors making them more sensitive to insulin that the body releases. Since most people are insulin insensitive, their bodies produce too much insulin causing weight gain and leading to more health problems down the road. Metformin will increase insulin sensitivity and prevent these health issues.

The way metformin is taken will vary for bodybuilders. Full muscles can be achieved if 500-1000 milligrams (mgs) are taken within 1 hour after a large carbohydrate meal. The more carbohydrates there are in the meal, the higher the dosage should be taken, never exceeding 1500 mgs at a time. At least 100 grams of carbs must be taken for every 500mg of Metformin used or you could experience hypoglycemic symptoms. Nevertheless, Metformin can be taken with as many high carb meals as you wish. The half-life is listed as 4-6 hours. However, there are slow releasing extended tabs available. Bodybuilders should stick to the faster acting version.

Metformin is generally well tolerated and is beneficial to the prolonged dieter attempting to retain muscle tissue while going from lean to shredded, which translates to -- going from 8-9% body fat to 4-5% body fat. When attempting to achieve extremely low levels of body fat, a cascade of hormonal events will take place, making will power, discipline and strong mental fortitude crucial to succeeding. Constant hunger becomes indefinite, while mental acuity begins to plummet.

One option which I personally prefer is to use Metformin on carbohydrate refeed days at 2 days a week. This would entail dosing the Metformin around your refeed period which could be anywhere from 4-12 hours depending on how lean you are.

For example: Let's say your refeed is 6 hours. You would dose 500 mgs at your first bite of food, then 500 mgs 3 hours later, then 1000 mgs right before bed. Why 1000 mgs right before bed you might ask? Because dosing it before bed helps facilitate the transport and clearance of glucose out of your blood stream and into your muscle cells as quickly as possible, so when you wake up, blood sugar and insulin levels are extremely low. Having low levels of insulin and blood sugar will allow you to get right back to oxidizing body fat for fuel opposed to glucose.

(Do not ingest carbohydrates after 10:00 pm so you return to baseline insulin levels upon waking)

Metformin is very useful to the extreme dieter due to its selectivity towards muscle cells opposed to fat cells when clearing nutrients from the blood. It has become pretty clear that Metformin will play an integral role in the extreme dieter's plight in achieving ultimate body fat loss while retaining lean muscle tissue.